NTL's history began in 1946, with the vision of Kurt Lewin, founder of modern social psychology and a pioneer in the field of action research. 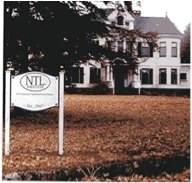 Lewin, then Director of MIT's Research Center for Group Dynamics, concluded from his experiences that increased awareness of self and others could be accomplished through facilitated group dialogue in Training Groups (or T-Groups) that advocates open- minded appreciation and inclusion of differences. Lewin concluded that T-Group participants who learned by experience, rather than lecture and reading, provided high potential for diagnostic study, evaluation and, most important, for changing behaviors. His conclusions formed the basis for the NTL Learning Experience.

Later in 1946, the United States Office of Naval Research and the National Education Association (NEA) funded a planning group named the National Training Laboratory for Group Development later shortened to NTL, and eventually to NTL Institute for Applied Behavioral Science. In 1947, NTL was founded in Bethel, Maine as the National Training Laboratories for Group Development when NTL offered its first experiential human relations conference and pioneered the technologies of group dynamics. Kurt Lewin (1890-1947) who died just before he was to come to Bethel, believed that change could more readily occur if the learning happened some distance from the participant’s home environment. He chose Bethel, considered a “cultural island,” in the mountains of Maine to be the training site for NTL.

Three other scholars were directly associated with NTL’s beginnings, Kenneth Benne, Leland Bradford and Ronald Lippitt and upon Kurt Lewin’s death, carried on his work. Leland Bradford was the Director of Adult Education, National Education Association, Kenneth Benne was of Teachers College of Columbia University and Ronald Lippitt was of University of Michigan and student and colleague of Kurt Lewin.

From early successes, NTL grew and received a major grant from the Carnegie Foundation and numerous in-kind services from several major universities. By 1949, NTL expanded its staff to include scientists and educators from a wide variety of groups and occupations. Similarly, research around the T-Groups was conducted at multiple levels, paralleling this variety of disciplines. The concept of sensitivity training emerged as a version of the T-Group, and NTL became a quasi-independent organization operating under the aegis of NEA, eventually offering many different program offerings beyond the T-Group. 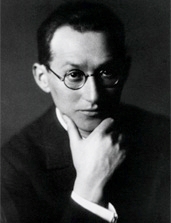 He originally began his studies with an interest in behaviorism, but he later developed an interest in Gestalt. He volunteered for the German army in 1914 and was later injured in combat. These early experiences had a major impact on the development of his field theory and later study of group dynamics.

In 1921, Kurt Lewin began lecturing on philosophy and psychology at the Psychological Institute of the University of Berlin. His popularity drew the attention of Stanford University and in 1930 was invited as a visiting professor. As a result he emigrated to the U.S. and taught until 1944 at the University of Iowa. While Lewin emphasized the importance of theory, he also believed that theories needed to have practical applications. He began applying his research to the war effort, working for the U.S. government. Lewin also established the Group Dynamics at Massachusetts Institute of Technology (MIT) and the National Training Laboratories (NTL). Lewin died of a heart attack in 1947.

During his career, Lewin developed many theories, including theories that emphasized the importance of individual personalities, interpersonal conflict and situational variables. One of Lewin’s most important theories was Field Theory, where he proposed that behavior is the result of the individual and the environment. This theory had a major impact on social psychology, supporting the notion that our individual traits and the environment interact to cause behavior.

Kurt Lewin was attributed as one of the first psychologists to systematically test human behavior, influencing experiential adult learning, social psychology and human interaction. He was a prolific writer, publishing more than 90 articles and eight books on various psychology topics. Many of his unfinished papers were published by his colleagues after his sudden death at age 56. Today, Lewin is known as the father of modern social psychology because of his revolutionary work that utilized scientific methods and experimentation to look as social behavior. Lewin was a seminal theorist whose enduring impact on psychology makes him one of the preeminent psychologists of the 20th Century.

Over 65 Years of Success! 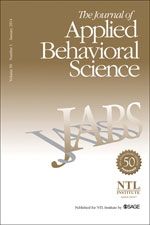 Complementing programs at Bethel and the regional sites, programs were condensed on a consulting basis with such organizations like the American Red Cross, Standard Oil of New Jersey (now Exxon), the National Council of Churches, and the Department of Health in Puerto Rico. NTL's also worked with strategic constituencies, such as the Key Executive Conference in 1957 for presidents and vice presidents and programs dealing with significant conflicts. NTL's cadre of leading social scientists strongly contributed to the evolving field of Organizational Development (OD), and had a dynamic effect on administration and management in organizations in America.

During the 1960's, NTL experienced phenomenal growth. More specialized labs were developed for industry, religious and community leaders, as well as for college youth and executives.

Incorporation of NTLIn 1967, after having been part of National Education Association for many years, the NTL Institute for Applied Behavioral Science was incorporated.

Embracing Diversity and Inclusion In 1975, NTL announced its institutional commitment to racial and gender diversity for its Board, committees, program staff, and member recruitment. By recognizing and embracing the diversity of its members, NTL not only learned the value that differences can bring to an organization's internal workings, but studied and shared these practices in its approach to individual, group and organization change.

Custom Solutions In 2000, NTL Institute began offering custom programs to customers and clients in business, education, government, and not-for-profits. The consulting and training arm of NTL provides the expertise of our Membership supported by our Front Office's experience in program management, design and presentation.

Today in 2015 NTL continues to transform the field of Applied Behavioral Science and has contributed to the professional advancement of tens of thousands of individuals and organizations. NTL’s programs are still the most popular, the most replicated and simply the most effective programs for changing human attitudes and behaviors.